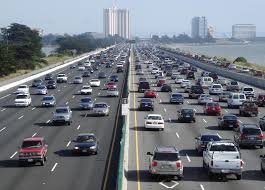 According to the US Environmental Protection Agency and the Intergovernmental Panel on Climate Change, globally, the energy supply contributes 26% of greenhouse gas emissions measured in the environment. This does not include transportation (13%), industry (19%) or residential and commercial buildings (8%), among other industrial outputs. The emissions come primarily from coal, natural gas and oil use for heating (most often in the form of electricity). As reflected in transportation, this does not include fossil fuels used for air, road, and rail travel. Although coal and oil may be plentiful, the cost to the environment is significant.

In industry, it appears that some companies are not taking energy use and emissions seriously, or at least the disclosure of emissions (see: Amazon, Apple Among Companies Ignoring SEC Climate Change Risk Disclosure Rules). This is a problem, particularly considering recent findings by the Carbon Disclosure Project that 10% of world’s largest companies (Global 500) produce 73% of greenhouse gases.

So, how do we create stable energy policy that encourages more clean energy use and moves us away from high impact emissions? We saw two steps in the right direction this week in the form of energy and environmental policy coming from the White House. First, Obama announced higher standard for carbon emissions from power plants for the first time in the US. This ground breaking legislation would require the coal industry to lower its emissions to meet that of other fossil fuels, such as gas. Critics point out that the technology to reduce emissions to this level does not exist.  And, that makes Obama’s second proposal that much more appealing to the coal industry. The President announced an extension of a Department of Energy program that will fund loans for technological developments that reduce carbon emissions of fossil fuels, including coal and natural gas. The coal industry now has the resources to develop technology that will reach the standards set by the administration. This was a smart move that drives interest in both pieces of legislation. Access to loans will be more valuable with the looming standards for carbon emission. And, the higher standards are more readily accepted with access to loans to help develop technology that will clean up fossil fuel emissions.

However, cleaner fossil fuels only offer a short term answer. The greater question is how do we encourage transition to renewable energy? As Ann Carlson and Robert Fri suggest in their article Designing a Durable Energy Policy, goals of clean energy policy play outside of the marketplace – in other words, people don’t want to pay more (or be taxed) to have more secure energy or cleaner energy.  That makes the transition to a new energy source difficult to sustain.

There is no easy answer, but I believe businesses have a role to play in bring about the transition. As an important constituency of energy policy, their stance can influence legislators and the public. By adopting renewable sources of energy and demanding reasonably priced clean energy sources, they will affect the marketplace for these products. Sustainability has become a business strategy and part of the culture for many companies, and that can have a broad impact on energy use and emissions. Although some companies do not appear to have made the necessary commitment to move the business world forward, others have, and I think that is another step in the right direction.

Denise Sevick Bortree is the director of the Arthur W. Page Center for Integrity in Public Communication at Penn State University, and she is an associate professor in the College of Communications. She writes about sustainability and nonprofit communication.